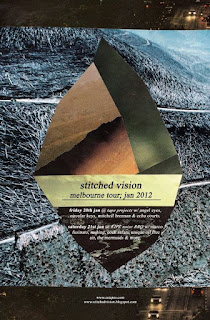 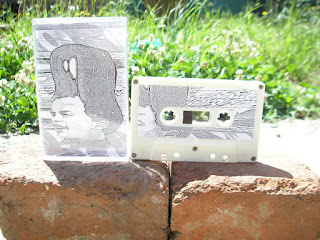 If you're not already aware, Canada's Fossils have carved out a unique groove for themselves over the last half-decade on labels including Kye, Fag Tapes, Chocolate Monk and their own imprint, Middle James Co. On "Drooling Hercules", core-Fossil David Payne is joined by Daniel Farr and Josh St. Denis on the A and B side respectively. These stripped down manifestations of Fossils provide some of the most interesting sounds I've heard from them thus far. More fried minimalism than total harshness, both sides present a blend of tape loops, synth, guitar, electronics and, most importantly, room sound, creating a sonorous headrush fit for a king. I'm not sure how many I've made so far, the run will be somewhere between 40 and 60 I guess...

Coming in the next couple of weeks are tapes from Detroit's Andrew Coltrane and a split between Melbourne musique concreters Oranj Punjabi and Reunion Sacred Ibis. Both are guaranteed to be rippers, so keep yer eyes peeled.
No comments: 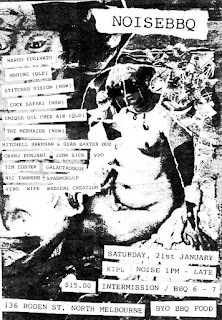