These things are generally pretty stupid. But here we go.

I chose some of my standout releases / shows here.

Flat Fix somehow creeped into a list of the best Australian tracks of the year at Mess and Noise.

Aaaaand finally Flat Fix was selected by Stacey Wilson as one of her local releases of the year here.
No comments: 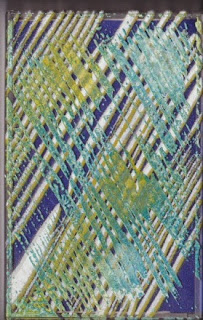 Kane Ewin is a former member of Castings / Cistern Corrupt and one half of relatively new duo Mince Poppers. He has gone under a variety of aliases over the last coupla years, Dingbats and Pisstank among them, but he has settled on Enak for his solo debut, Cussion. You could think of him as carrying on the tradition of early Severed Heads and the Terse Tapes compilations, but that would still not be doing justice to his oddball tape, synth and reel-to-reel antics. Recorded by Moocow Leechskinz in Hamilton, Newcastle and housed in artwork and with an insert designed by the Enak himself. Unique muzak from a unique guy, a rare feat to be sure. NOTE: while I'm taking orders for these, they will take awhile to get out as each one is being assembled in Newcastle before I get them. 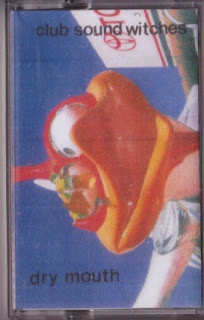 Two zoned duos team up for a split of bucket bong-rippin’ proportions. First up is Melbourne’s Dry Mouth. After a 7” on Vir Rash and the Imm8rtal cassette on Breakdance The Dawn, their side-long track sees them continuing the long-form psychedelic noise of the latter, constructed from tape loops, oscillator, synth, vocals, drum machine and more effects than you can poke a stick at. CSW is the electronically-focused duo of Matt Earle and Nicola Morton. Following a string of releases, both on Earle’s BDTD and other fine purveyors of damaged sound, their piece here is a drippy and swirly goop of vocals and minimal electronics. Amazing artwork by Moocow Leechskinz, image of Charlie The gammy-eyed Chook courtesy of the Newcastle Herald. 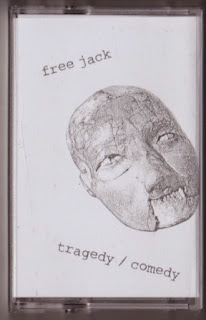 Free Jack is the solo electronic guise of Liam Osbourne, also the mug behind PE project Lucid Castration and the excellent Future Archaic label. The A-side, “Tragedy”, is a bass and kick driven number showing the project at its most caustically danceable yet. The intensity of his sound only increases as the track progresses. “Comedy” strips away any rhythmic elements leaving you with something much closer to Lucid Castration in its searing feedbacked synth textures and crackling distortion.
No comments: