In order to make room and scrape together some loose change towards the next batch (due early next year). I'm offering all of the remaining tapes from this year + Collector LP's I have left over for a discounted price for a limited time. All available directly from the bigcartel:

More news on upcoming releases will be shared as it eventuates... 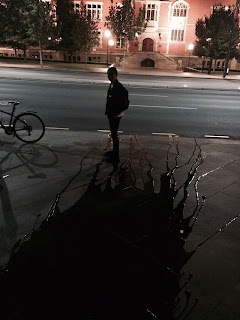 This is a photo taken by Ren (Container) outside of Unsound in Adelaide a few years ago. For some context: I puked on the steps after a heavy day of drinking and the security guard washed it away leaving this grim looking puddle. This is how this year has left me feeling, help me clean up by buying some of this cheap shit. Thanks.

I have also finally gotten around to uploading my single solo release on AST this year, Six Loops For Gregorian Sweepstakes:

Used as a continuously looped installation at my Gregorian Sweepstakes exhibition at Bus Projects in Collingwood, Victoria earlier in the year. Comprising six hastily assembled synthesiser-based vignettes, DX (TC / SJN) describes this release and it's relation to the exhibition; "repetitive loops correspond with the repetitive minimal patterns, and as tape loops offer subtle aural disintegration one can view the visual chorus of copy after copy upon copy after copy disintegrating coherent lines and shapes into rot and decay, or refashioning them into patterns with exquisite detail". 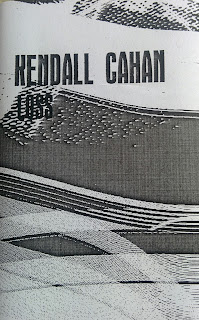 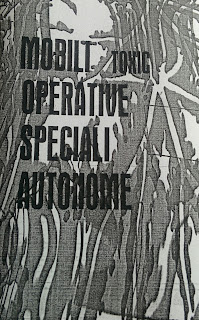 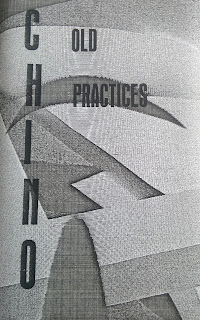 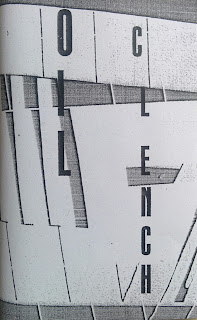 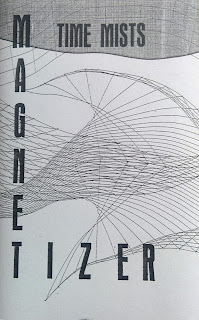 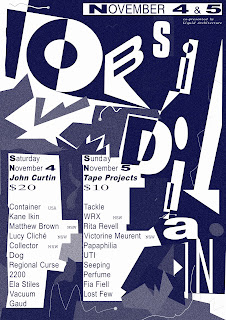 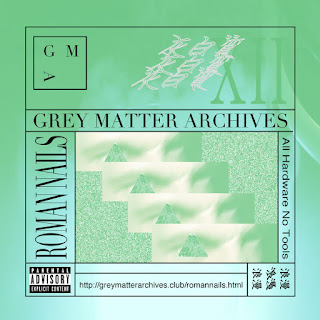 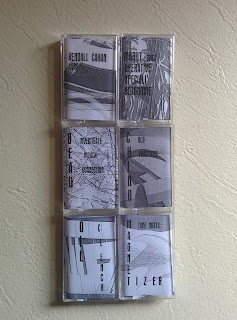 Tracks from the forthcoming batch are streaming: 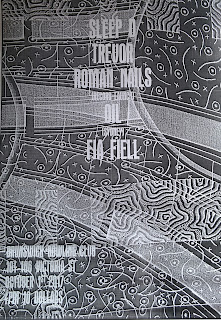 Come down for an afternoon of live electronics at one of Melbourne's best kept secrets, The Brunswick Bowling Club. $5 tinnies, $1 pool, what else do you need.

SLEEP D (DJ Set)
Fresh from a stint in Europe, Frankston's favourite sons grace the Bowls Club with a set of choice cuts. As well as operating the consistently excellent Butter Sessions imprint, Sleep D are themselves masters of crafting floor-ready bangers and are imminently releasing a new 12" on BSR.

TREVOR
James Vinciguerra is Trevor. "The Trevor Chest", a collection of four wonky, cooked cuts was released recently on Sydney label Paradise Daily. Live, Trevor disassembles and reassembles beats on the fly, not allowing room for complacency. Divisive, surely, but one of the greatest electronic spectacles to witness live.

OIL (Sydney)
As Oil, Mat Spisbah blends the ambient with undoubtedly club-ready tracks. Soon to be dropping his second tape on Altered States Tapes, Clench, Oil is for my money one of the most underrated electronic musicians operating at the moment.

FIA FIELL
Carolyn Schofield's ambient works as Fia Fiell are mesmering. Having released the "A Hair, A Heap" cassette on Nice Music last year, Schofield continues to evolve her craft through live sets, having played at Freedom Time in June amongst others. 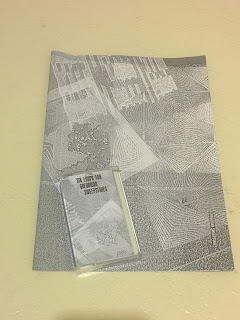 Leftover stock from my exhibition at Bus Projects. Zines are stacked with photocopied crap and have a foreword by Dan Stewart (Total Control / SJN). The tapes are (as the name implies) six loop-based pieces that served as the installation. Both are $5 each + post or you can get both for $8 (+ post). Limited copies. A few of each will be available from Lulu's shortly. Email for further information.
No comments:


A mixed bag featuring tracks from myself and numerous other AST affiliated artists including Lisa Lerkenfeldt, Tim Coster, Psychward, Noem Obliv + others.
No comments: 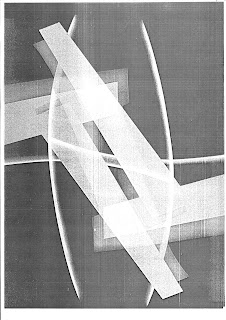 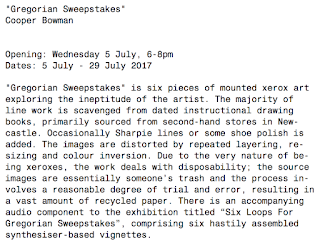 Publications and cassettes of the installation will be available on the night.
No comments: 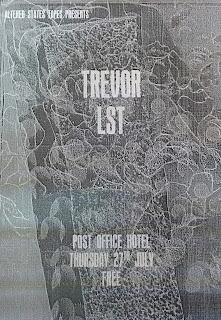 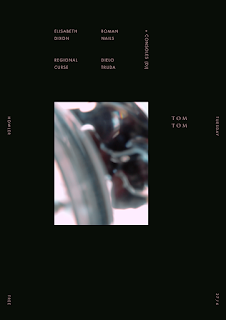 The Collector LP on Drawing Heat Records is now discounted to $15 + post and is available via bigcartel. Can combine orders with available Altered States releases. International orders get in touch via alteredstatestapes@gmail.com. New tapes coming soon.


Available for pre-order from Resistance/Restraint, shipping and available from stores late June.
No comments: 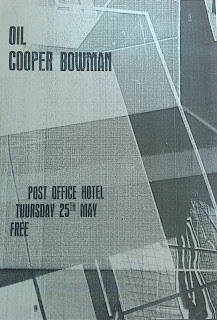 
From the (sold out) The Forth Dimension cassette.
No comments: 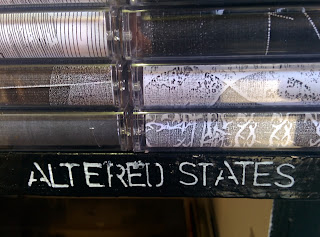 Releases from WRX, 2200, Suburban Cracked Collective + Jerome, all for the reasonable price of 4 bucks a piece.

These and other out of print releases available from Lulu's, Repressed + the newly established Private Projects in Tassie. Limited copies of Jerome, SCC + Circular Ruins still available direct from bigcartel.
No comments:


I guess this would have been the last set we played. Melted psychedelic experimentalisms.
No comments: 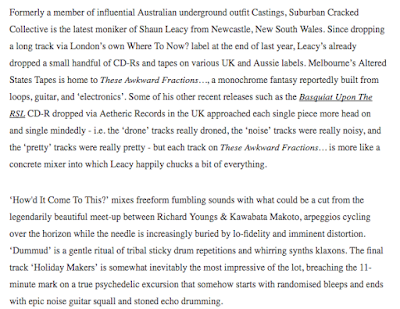 In Tristan Bath's cassette column, Spools Out.
No comments: 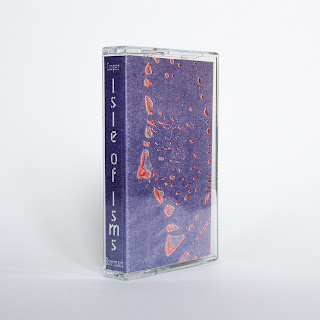 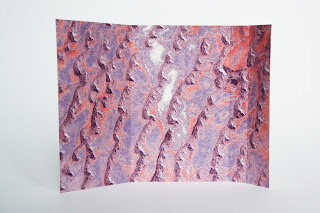 Available for pre-order direct from excellent German label, Portals Editions, Juno and Boomkat. Will have some copies for locals imminently.
No comments: 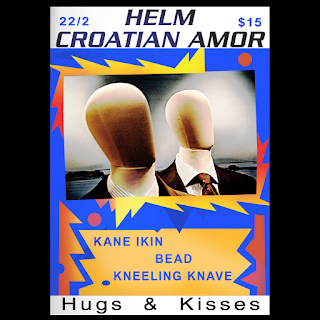 
I played a set of ambient / deconstructed electronic music at the MONA market on February 19th, here is a short excerpt of the thirty minute set.
No comments: 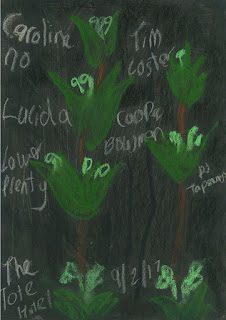 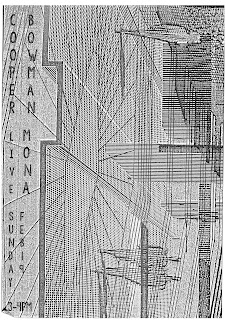 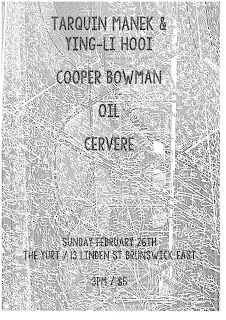 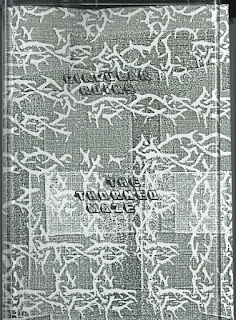 Circular Ruins is the guise under which Berlin resident Marijn Degenaar operates his electronics. On his two excellent releases for his own Portals Editions label, CR has crafted an excellent niche of kraut-influenced ambience and drone. This is a split release with Portals with a different variation on the artwork for local punters. 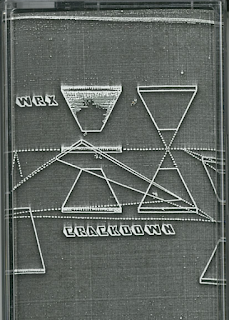 Dizzy is best known as a string-wrangler for important Sydney groups Low Life, Oily Boys and Orion (among others). WRX is a drastic departure from his previous rock n’ roll roots, seeing Diz take on 90’s Chicago acid-drenched and deep house sounds. I played his first show with him at weird dive pub, The Bald-Faced Stag, a few months back in Sydney and it blew me away, as did his three-track demo earlier in the year. These five tracks show a keen ear and time spent with the classics, albeit with a refreshingly personal twist. Ultimately, “Crackdown” is an effectively mixed bag of goods. 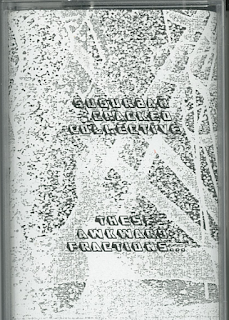 Shaun “Stan” Leacy was a member of highly influential Newcastle sextet, Castings. Castings made a major impression on me as a teenager, their seminal “Punk Rock Is Bunk Squawk” release pretty much opened my ears to what was possible with sound and led me on the path to where I am today, for better or worse. Similarly, every project undertaken by its’ members since has been of note. Bringing me to Stan, perhaps the most elusive member of the group. Cracked Suburban Collective sees him return to making loop-based music with guitar and electronics. At times ambient, at others more melodic and beat-driven. SCC recently contributed a piece for excellent UK label Where To Now? ahead of this, his first release proper. 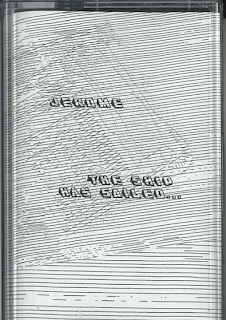 I was introduced to Jeremy Harris’ Jerome project through his “Up 4 Daze” tape on influential US tape label, Night People when it came out in 2015. Since then, it has remained on steady rotation, forcing me to get in touch with the man behind the project seeking more material. On “The Ship Has Sailed...”, Harris presents a rock solid mix of lo-fried techno with a fittingly dire sample concluding preceedings. 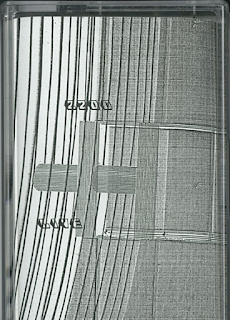 Under his excellent 2200 project, Rory McPike returns to Altered States. This release was recorded as preparation for his set at Maggot Fest in October, the one-jam take sees McPike exploring the subterranean depths of electro to excellent effect.


Available direct from bigcartel / from the usual outlets soon. All orders will be posted Monday, 16th January.
No comments: