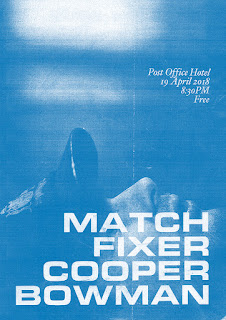 FB event coming at some stage soon I'd say. Shame.
No comments: 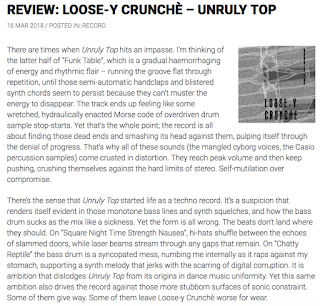 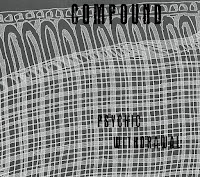 Per Bystrom is Compound, the year is 2018. Among the ruins of Moonee Ponds, one man wanders the debris using his keen senses to scour for electrical fodder. He assembles the detritus into relentlessly abrasive and incendiary rhythms that insidiously burrow themselves deep into the cortex. Few are able to cope with this cognitive torment, can you? This summer, prepare yourself for Psychic Withdrawal. 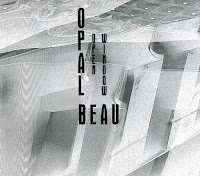 To be honest, this debut Opal Beau release is the culmination of Altered States for me. I have known Simon Scott, who is behind OB, for a relatively long time. Before moving to Melbourne, I’d ripped him off by selling him an overpriced / terrible punk record, only to find out he was my girlfriend at the time’s cousin upon moving here. Thankfully he was able to look past this and in the years following switched me on to so much excellent stuff, effectively shaping my taste in beat-driven music before it was par for the course for everyone to be into it. He has always supported the label and the least I can do is unleash these seven finely-tuned tracks, comprising a mix between what he describes as “industrial bossanova” and experimental forays into techno. 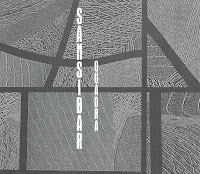 Sunny Seppa hails from Helsinki, I met him there in 2016 when he was nice enough to set up a show for me in a small gallery called Third Space at little notice. On that night he was conjuring high-res ambience under his then main concern, SPS. Since then, Sunny has seemed to let SPS rest in lieu of concentrating on an extensive DJ schedule, littered with occasional live outings as Sansibar. Last year he appeared alongside the equally excellent Draveng and Australia’s own shamanic synthesist par excellence, Matthew Brown on a 12” released by Berlin’s FreiTanzPlatten. The Quadra EP follows his debut as Sansibar in 2015. 4 tracks of well-manicured electro for the blissfully submerged heads. 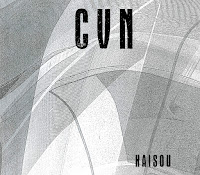 Over the last few years, Japan’s CVN has released a slew of unpredictable sounds on consistently challenging labels such as Where To Now? (UK), Angoisse (Spain) and Orange Milk (US). On Kaisou, his sound is no less eclectic; pairing short ambient pieces with forays into futuristic club music and… trap? CVN’s scattershot approach also carries over to his low-key mix series, Grey Matter Archives, his curatorial direction giving another insight into his processes. 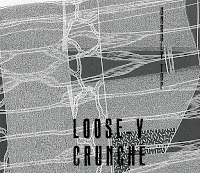 I have long been a fan of all of Lucy Phelan’s projects; the early distorted no-wave of Naked On The Vague, the uneasy dark ambience of Half High (who appeared on AST’s first vinyl release) and obviously her current occupation as club-maestro, Lucy Clichè. This new nom de plume sees Loose-y utilising a similar palette to her better known personality, but here all bets / beats are off. 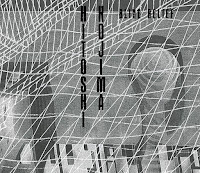 This release by Japanese enigma, Hitoshi Kojima, is evidence that listening to demo’s you are sent is a worthwhile endeavour (as is not being an elitist asshole generally). These eight hardware-driven tracks SLAM and are exactly what I am looking for in modern electronic music. Industrial, off-kilter, but still maintaining a steady hook throughout. HK has previously released on excellent labels Seagrave (UK) and Always Human Tapes (US). Welcome to the family, Hitoshi. 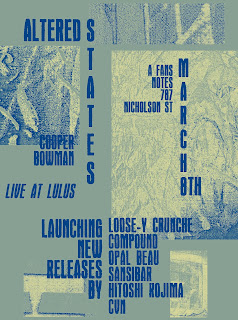 Playing a live ambient set out the back of Lulu's in Melbourne tonight to launch the new batch.