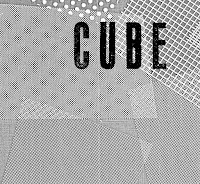 This a double reissue of Oakland-based artist, Adam Keith’s long-running Cube project. I was initially switched on to his stuff by Ren Schofield about five years ago. Fade To Beige and (803) 206-0028 originally appeared as self-released cassettes in 2015 and 2016 respectively. This gives some indication as to how long I’ve been sitting on this material, waiting for the right time. Since then, Keith has released an excellent LP on Left Hand Path and a tape on LA’s Nostilevo, as well as (weirdly enough) being featured on Fact Magazine. On listening to any of these releases, it becomes immediately apparent that Cube is a 100% distinctive and varied project. Keith takes chops honed playing in punk band, Mansion and applies it to elements of industrial, techno, ambient and musique concrete. 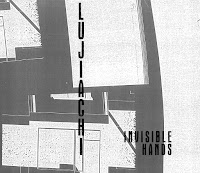 My man in Taipei, Simon (Opal Beau), recommended Lujiachi as one of the best artists currently operating in the burgeoning Taiwanese electronic scene and suggested I offer him a release. Here it is, a mangled, replete assault of club-ready workouts. It’s possible he will be making his way down unda in the not-too-distant future, so sample his wares now in preparation. 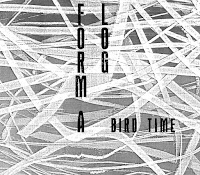 This one comes courtesy of the Ren mentioned above in the Cube blurb, who you may know better from his madcap techno project, Container. Form A Log sees him in trio formation with similarly entrenched US DIY / experimental mainstays, Noah Anthony (Profligate) and Rick Weaver. Following a slew of excellently baffling LP’s and tapes over the last eight or so years, welcome the Log as they float to Australian shores. Even by Ren’s own admission, Bird Time is ‘demented’. These days this statement doesn’t usually mean much, but being well-versed in their previous output I wasn’t sure what insanity to expect from these recordings. Via densely piled tape loops, the three succeed in outdoing themselves in freakdom. Another triumph for the human race. 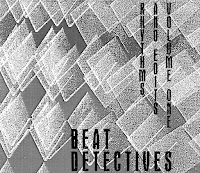 Strangely enough, despite being separated by a large body of water, NY’s Beat Detectives have appeared on many of the same labels I’ve worked with over the years: namely Beat Concern, Not Not Fun, Where To Now and Night People. So I guess it wasn’t surprising that once I eventually dug into their jams, I was heavily into what I heard. Their sounds are largely sample-based, taking in mangled plunderphonic excursions and demented beat music on a trip entirely their own. I feel like this release might be a jab by the D’s at my desire for them to do a release that was more on the “rhythmic side”. Rhythms & Edits is, as the name implies, a varied collection of beats stitched together into a long-form mix. Regardless of their intentions, this tape is a phenomenal home listening experience, as well as a perfect low-key party soundtrack. R&E Vol.1 appears to be able to warp linear progression, it’s seemingly extended 68 minute length possessing the ability to satisfyingly erode time like nothing else.


Archaic Vaults is a new series curated by my mate in the UK, Sev. This is the first strictly electronic mix I've made. I tried to select some atypical stuff and, for some reason, most of the tracks ended up being from '91 / '92. I guess they were good years. More importantly, it features a track by Syndicate. This is the only music I actually know of to hail from the bleak suburbs I grew up in. Not only for this reason, I genuinely believe they are one of the best acts to emerge from the Bloody Fist sinkhole.
No comments: