I was asked to do an 'end of year' list for Slovenian radio show, Modem. See below.

2018 was the year that I listened to less electronic music than the 5 or so previous. Strange, considering how much of it there is clogging up the internet’s pores. I had to think hard to come up with some appropriate recommendations (outside of what I released on AST), but here they are. The future is in country.

KUG, the mysterious label and artist(s) from Winnipeg are a continuing source of inspiration for me. This year saw great releases from Erik Tisu, Zika Boys, World Counsellor and the phenomenal Cancer Pool compilation.

After diving into their past releases and foisting one upon the world via AST earlier in the year, Beat D’s have fast become one of my favourite global acts. The perfect balance of being able to make legit jams and also take the mickey out of the form simultaneously.

A well-fried set from WW on my pal Ren’s new label, Plastic Bags, whose whole MO is “fried”.

Russian artist x.y.r. consistently sculpts lush synthetic environments and this long-running piece for the New York based Quiet Time tapes is no exception.

Refined, crisp ambient music that keeps a heart beating underneath it all. Released on what is arguably East Maitland’s best experimental label.

Parallax is a fantastic label run in part by one of my current fave projects (TV.OUT). This follow-up to the previous Under The Radar again shows the hotbed of activity and community in the Tel Aviv electronic underground.

Any mix that starts with Brion Gysin spoken word and seats the Arkestra alongside Monte Cazazza is alright with me.

One of the labels that has had one of the biggest historical impacts on my taste, Bloody Fist really stopped existing for all intents and purposes in 2004. The Old Rope 7” series, which excavates unreleased recordings from the Fisters, continues to pound their legacy into the collective cerebrum. Starting the year with a 7” from Syndicate (rep 2299) and finishing with another from Xylocaine, two of the most important novocastrian acts to be rendered in the Steel City.

In a year when gabber (specifically The Fist) became en vogue to listen to (or at least namedrop), Bloody Fist continue to offer reminders that it was done better more than two decades ago and everyone has some study to do.

Thank you, seasons greetings and a prosperous 2020.
No comments: 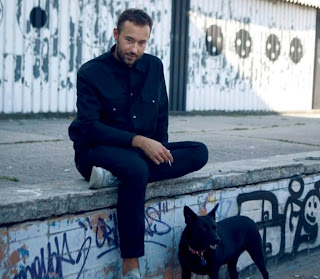 Interview with Polish artist, Chino, (where he briefly discusses his 2017 release, Old Practices on AST) on the CXEMA website. Chino will appear on an upcoming Altered States Tapes digital / ltd. tape release, Pedestal Arts Estate, with a host of other Australian and overseas projects. More info on that and numerous forthcoming releases lined up for 2019 soon. 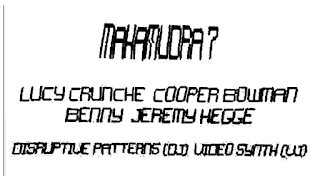 Altered States Tapes recording artist Loose-y Crunché, myself and two other local artists are playing sets at a free show next week in Sydney. I have hardly played this year, so it might be of interest to you (if this sounds like something that interests you). I'll be using elements that will appear on some upcoming releases for Not Not Fun, The New US Government, AST and some other labels...