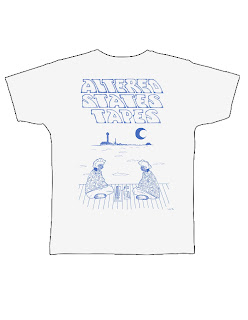 AST is finally making a t-shirt so you can show your support for strange Australian electronic music.

Available in either blue print on white shirt or orange print on black shirt.


Also available is a limited zine I just made called Universal Solvents. 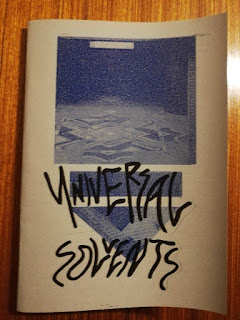 The first issue features interviews w/ YL Hooi, Suburban Cracked Collective and Cube (US). Also included are two art-page contributions by funny person / punk drummer James Vinciguerra as well as some of my personal reflections on 90’s band This Mortal Coil and a small, but involved review section covering a few music and print curios of interest.
No comments: 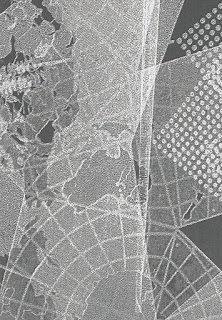 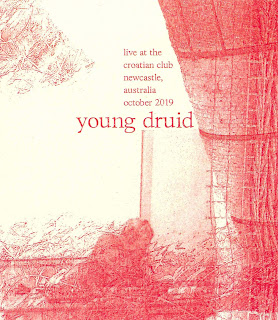 After some fortuitous dot connecting n’ path-aligning last year, I was somehow able to convince John T. Gast that coming to the AST epicentre of Newcastle New South Wales, was a good idea. He was traipsing Australia’s big smokes on the company dime, but something about getting to dip his toe in the bogey hole and a home-cooked plate of dal must have appealed.

The night before in Sydney saw Gast pulverising a typically strobe’d and well-attended club show, the Sunday eve finding him in an all-but abandoned Croatian Club in Newcastle’s once grimy, now gentrifying ’inner city’. When he asked what sort of ‘vibe’ he should aim for in his performance, I said “whatever the fuck you want”. And ‘whatever the fuck’, he did in spades. This here is the document of it, recorded straight from the desk by Drillbit. His supports on the night were a star-studded array of the best that this town (and further south) has to offer: Troth (the homegrown dreamings of Amelia Besseny and myself), DPRK (a No Barbecuer, a formerly Severed Head, a Fauxbic and a man in a hat who’s name I don’t recall), Exmah (one of the Fisters) and The Mermaids (Newcastle noise menaces who share the same name as Cher’s 1990 dramedy film).

Under his usually preferred handle, Gast has spawned many releases that swiftly flit between dub, darkly minimal club music and ambience, but as the Druid, he instead channels a ‘Celtic pop’ sensibility. This set sees the concept throughly kneaded n’ stretched into an exclusively murked consistency.  Following the set, Gast offered to bring a recorder to perform with the next time he visits Newcastle. Stay tuned for that (also, don’t). 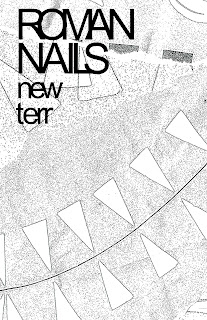 This Roman Nails EP has been sitting on the shelf since it was recorded back in 2016, around the same time as the All Hardware No Tools 12”. There were a few unrealised plans to get it out there, but nothing eventuated so I thought it was better not to let it collect any more dust. I think most of the tracks have held up reasonably well, all things considered. New Terr retains the same blunt minimalism of the previous Roman Nails tapes on Where To Now, Night People, Future Archaic etc but ‘bangs’ a little harder at points, not necessarily a bad thing. Now that this is purged, there will possibly be some new RN tracks reared in the near future. 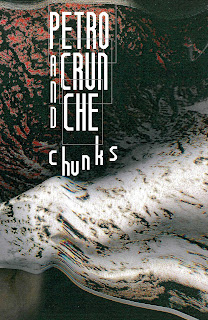 A new long-playing tape from the four hands and (at least) two heads of Petro and Crunch! Culled from their first half-dozen jams, these improvised experiments in beat desecration make for solid, tho’ fully varied listening. You can hear various forms of electronic pursuit; house, noise, tekkers, hip-hop (at least in pace) being minced into a wobbly slurry. Once (if) life returns to ‘normal’, I feel like Petro & Crunché would be one of the better things to encounter in a live setting. The way Chunks shifts between tracks and moods, it remains impossible to know where it will lead next. There’s the unease in entering the unknown, but also the excitement of experiencing something consistently fresh as it quickly mutates between evolution and de-evolution, often within a single track. 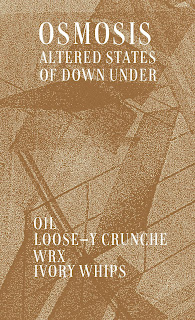 This was originally intended as a six-artist compilation I was asked to put together for an overseas label years back that never saw light. Here it is culled down to three of the six originally included, with the addition of a recent, locked-down side from Ivory Whips. Oil opens things up in his inimitably slick style after keeping things pretty damn quiet for awhile now. A slowburn open and quick escalation into full shuffle mode shortly thereafter, “life’s too short to fuck y’self over, y’know?”. Then comes the return of Crunché to AST with two severe cuts, one almost approaching a rhythm you can follow and the other rejecting the concept wholesale. Next up WRX dives even deeper into his deep bag of techniques for these three burners. Lastly, recently minted improv-electronics outliers Ivory Whips offer two beat-driven numbers ahead of another cassette release more in this vein than the comparatively narcotic, Meeting, released on AST a few months ago.
ALTERED STATES TAPES · Osmosis: Altered States Of Downunder 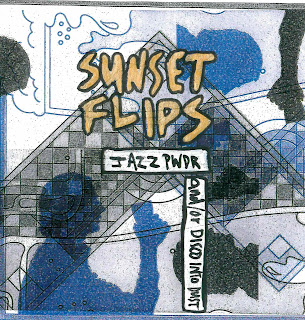 I’m not sure I’d really recommend this directly to anyone, or at least anyone who has grown used to what AST releases have largely been over the last few years. [The] Sunset Flips were one of the earliest groups to feature on the label, but it was a different time then, the free and liberated early 2010’s.   But the SF’s too have changed, matured even some may say (unlikely). Rather than being a tape-loop and nois’d out affair, Jazz Powder and/or Disco Into Dust, finds them in the midst of lockdown laying down piano skronk and subtle electronic accompaniment (at a reasonable social distance of course, the shed it was recorded in is sizeable).   Not sure how best to describe JPaoDID, but it’s definitely not ‘techno’ if that’s what you’re looking for. Maybe like The Necks if they didn’t know how to play and grew up watching ECW in various Western Suburbs of NSW. Yeah, that’ll work.
ALTERED STATES TAPES · Sunset Flips - Jazz Powder and/or Disco Into Dust (excerpt)
No comments: